Ashley Whitmore serves as the General Services Director for the City of Tehachapi. Mrs. Whitmore joined the City of Tehachapi in December 2008, as an Administrative Assistant. During that time, Mrs. Whitmore was sworn in as a Deputy City Clerk and given the responsibility of managing the city’s front office while also being appointed as the City’s Elections Official. While serving in this capacity Mrs. Whitmore oversaw the development of the City’s electronic document management system, which now consists of over 100 years of City documents, and the more recent creation of a new records retention schedule.

After serving in that capacity for three years, Mrs. Whitmore was promoted to the Executive Assistant to the City Manager while retaining her previous responsibilities. At this time, she was also given the task of managing the City’s IT system. Most notably, Mrs. Whitmore managed the City’s implementation of offsite backups, a virtual server system, computer and hardware replacement system, and cyber security systems.

As Airport Manager, Mrs. Whitmore has created and implemented a Hangar Use and Inspection Policy, built relationships with pilot groups and the FAA in support of the City’s Airport, and worked to get the community engaged with the Airport. The City now provides space for both the Civil Air Patrol and the Tehachapi Society of Pilots Build-a-Plane program. Under Mrs. Whitmore’s direction, the City is working with the FAA and Caltrans division of aeronautics on capital improvements at the airport, which includes the current Taxiway Relocation project. Mrs. Whitmore currently serves as the District 3 Board Member for the Association of CA Airports.

In 2020 Mrs. Whitmore was named the General Services Director, a position that encompasses all of the duties listed above.

Ashley is a Certified Municipal Clerk, a certification of the International Institute of Municipal Clerks, and Certified Member of the American Association of Airport Executives. She has lived in Tehachapi since 2002 with her husband and three children. 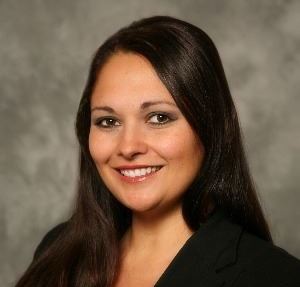